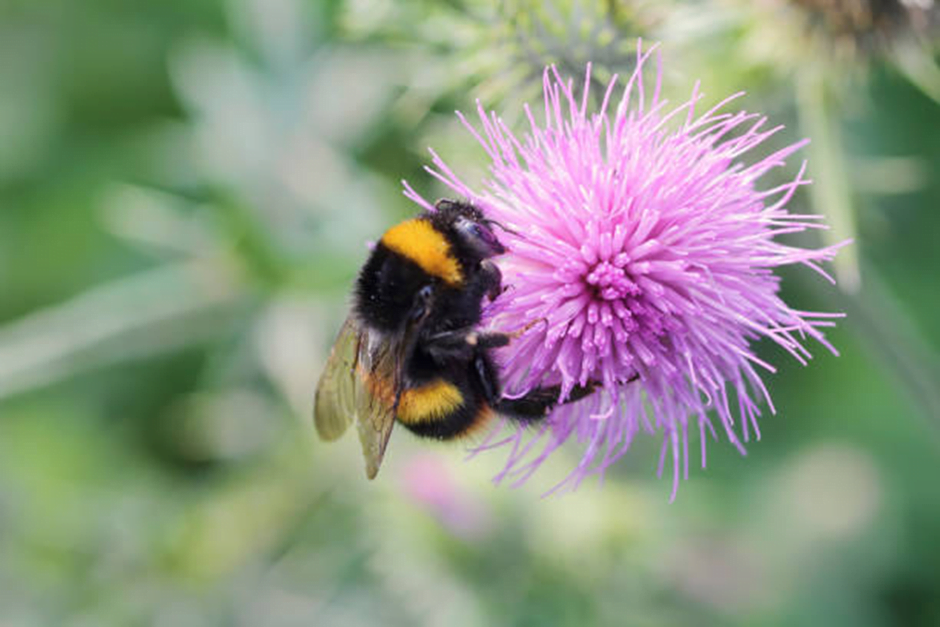 Bee Hive Security – How do honeybees protect their hives from predators?

The first defence mechanism for most kinds of bees is the same method the bees use to protect themselves against us humans, is to use their sting and inject venom into their enemies.  Unlike when they sting humans and other mammals that have thick skin which holds onto the sting and kills the bee, to other animals it delivers a shocking sting without killing it.

Propolis is a resin-like white sticky natural substance that the bees make in processing honey and it plays an important part in protecting the hive.  Propolis is put at the entrance to the hive, which traps the unwitting predator in the substance and allows the bees time to get to the predator and sting it with venom before it can cause too much damage to the hive.  The natural antibacterial and antiseptic properties (amongst other key benefits) of Propolis also allows any infection or parasite or bacteria to be neutralised before entering the hive.

Bees On the Attack

Some species like the Japanese honeybees for example, have another ingenious way of killing larger invasive insects, such as wasps and hornets – they “bake” them alive!   If the intruder is nearby, honeybees plot to ambush the intruder by hiding and attacking it in a co-ordinated manner. Sometimes they even form a group in a ball shape and begin flapping their wings to make it impossible for the predators to breathe under an intolerably overheated environment. The heat and the carbon monoxide produced as a direct result of the bees flapping their wings, then suffocates and kills the intruder. This method is not used by all bee species but with nature adapting and innovating every year to threats and opportunities, it’s hoped that other species of bees will pick up this “killer” instinct!

Fun fact – the “bee ball” strategy (also known as “thermoballing”) the Japanese honeybees use to suffocate their enemies can generate heat up to 45 degrees, which is deadly to most insects.

As you can see, thankfully Bees are generally self-sufficient when it comes down to protecting their hive from harm, but they are still under threat from man-made environmental changes.  We believe it is our responsibility as humans to protect their precious environment and our environment, to ensure we all thrive!