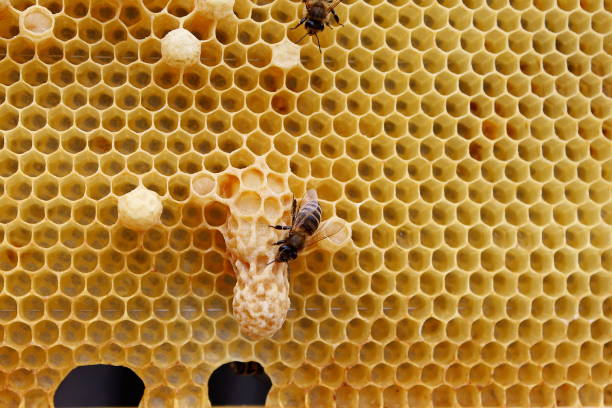 Royal Jelly – How Royal is it and Should I give it a try?

It is very royal indeed. Royal Jelly is the substance made by honey bees full of vital nutrients that is used to feed queen bee larvaes, the most important member of the hive, to ensure they grow strong and survive.  It is also used for key worker bees for a few days only to build their strength so they are fit enough to collect the nectar for the hive.

What is Royal Jelly composed of ?

Royal Jelly’s main components include approximately 60% to 70% water, proteins, sugar, fats and several vitamin B and trace minerals.  The exact composition of Royal Jelly varies from geographical locations, the flowers the bees feed on and also the climate around the beehives.

Does Royal Jelly do any good?

There are many benefits that royal jelly could possibly bring to the human bodies of ours. Listed below are a few of them.

Royal Jelly has natural antibiotic and antiseptic properties to reduce inflammation. Some reports even suggest that Royal Jelly is seen by professional as a great potential in the future of antibacterial products.

Royal Jelly is also known as a brilliant skin repair product. There are studies stating that an increased portion of collagen is shown after the individuals are given royal jelly added on top of their diets, in which collagen is a significant protein contributing to our skin repair. Royal jelly does help enhance the process of tissue repair, as suggested by Kim et al (2010).

Other than that, there is evidence that it can ease the pain and itchiness caused by eczema, psoriasis or acne.

It is always a tough time to go through menopause. Throughout the process of menopause, many go through the lower circulation of hormones and it comes along with both physical and mental side effects, which Royal Jelly is suggested to be a great supplement to deal with depression and memory loss. (Minami et al, 2016)

Added to that, there is evidence indicating that the 42 postmenstrual women who participated have experienced less back pain and anxiety after 12 continuous weeks of consuming royal jelly. (Asama et al, 2008)

This area of development looks really exciting and we are looking forward to seeing how royal jelly & its properties influence Menopause treatment in the future.

Any Potential Side Effects that we should stay aware of?

And yes, there are side effects when it comes to consuming excessive amounts of Royal Jelly.

Most people won’t have a reaction to Royal Jelly, but those with sensitivities to Bee venom particularly could also be sensitive to Royal Jelly.  So, when you first attempt to take Royal Jelly, take a small amount and should you experience a reaction, stop use immediately and seek urgent medical treatment..

Where could I get products with Royal Jelly?

At Manuka Honey Direct, we have a range of Royal Jelly products – the Bumbles Royal Gellee range – that offer high grade Propolis in capsule form.